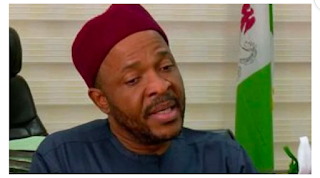 State governments on Tuesday hinged the implementation of the new salary scale for teachers on the availability of funds, saying the Federal Government could not dictate to them.

Government officials in Enugu, Ekiti, Gombe, Cross River, Benue and Ogun states, in separate interviews with The PUNCH, said they would make teachers understand the shortage of funds the states were facing.

But the Nigeria Union of Teachers General Secretary Dr Mike Ike-Ene, in his response, dismissed the excuse given by the states and warned against playing politics with education.

He said the union would engage the states using everything in  “its entire arsenal.”

Also on Tuesday, the Federal Government in Abuja announced fresh incentives for teachers during the celebration of 2021 World Teachers’ Day.

The incentives include payment of stipends for undergraduates of education and automatic employment for graduate teachers.

The President, Major General Muhammadu Buhari (retd.), had during the 2020 World Teachers’ Day unfolded some incentives for teachers.

They include a new salary scale and raising teachers’ retirement age from 60  to 65 years.

On Thursday at a symposium organised by the Ministry of Education, the Minister of State for Education, Chukwuemeka Nwajiuba, said teachers would begin to enjoy the new salary structure promised by the President as from January 2022.

But on Tuesday, the Enugu State Government said that it would only implement the new teachers’ salary scale if its resources could sustain it.

The state Commissioner for Information, Chidi Aroh, disclosed this in a telephone interview with one of our correspondents.

“I believe all the states will weigh all the financial resources in line with the new salary scale for the teachers.

The Gombe State Commissioner for Education, Dauda Batari, also said the implementation of new salary scale in 2022 would depend on the improvement in the state’s resources.

He said, “Generally speaking, it is based on availability of funds, if the funds are there yes, but if there is no money, how do you expect the state to pay?

“We don’t even have to wait till next year if things get better, if we are generating enough revenue all these can be done, but if we are not generating, how do we pay?. What the state gets is in the public domain and nothing has changed if it has changed then we can programme it (payment) in.”

Nigeria runs a federation, Ekiti will respond based on its finances –Commissioner

On his part, the Ekiti State Information Commissioner, Akinbowale Omole, said the state government would respond to the issue according to its laws and resources available to it.

Omole said, “One matter has become very clear in recent times in the sense that we are gradually adjusting to the fact that we run a federation where every government, at its own level, must work within the laws and the resources available to it”.

The commissioner, who said every state would respond based on its capability, stated, “On our own part, I can assure you that we will look into it and do it in accordance with our own laws and financial capability. We won’t behave as if we do not know that something is happening in the federation concerning teachers.

“I will not make any categorical statement until it is discussed and the government of Ekiti takes a position on it. There is a way we take decisions here, as I speak, the matter has not been brought before the state executive council.”

But the Cross River State Government said the Federal Government had yet to begin the implementation of the new salary scale.

The state Commissioner for Quality Education Dr Godwin Amanke, “The Federal Government hasn’t begun the implementation yet, so they couldn’t have directed states to do so.”

We can only implement if FG increases allocation – Benue

The Benue State Government says it is ready to pay new salary structure for teachers anytime Federal Government increases the funds to the state.

The Chairman of the State Universal Basic Education Board, Joseph Utse, who stated this in an interview with The PUNCH on Tuesday,  said that funds for payment of primary school teachers’ salaries were part of the federal allocation to states.

He stated that since the Federal Government had announced a special salary structure for teachers, it should increase allocations to states.

He said, “Even, this year, Benue State is ready to implement provided they direct us on what we should do.

We are constrained by paucity of funds, Ogun laments

The Ogun State  Government said it could not meet all the demands of the teachers including new teachers salary scale due to paucity of fund.

Three government officials – Chief Of Staff to governor, Shuaib Salis;  Commissioner for Information and Strategy, Waheed Odusile and the Chief Press Secretary to the state governor, Kunle Somorin – were asked whether the state government would adopt teachers’ new salary scale and if the implementation would start in January 2022.

Only Somorin responded by sending part of the speech presented at the 2021  World Teachers’ Day by Governor Dapo Abiodun as the reaction to the questions.

Abiodun in his speech had stated,” Let me say most sincerely to you. I have always kept in focus and prioritised the welfare of Ogun State workforce in general and that of the teachers in particular.

“I acknowledge that most of your demands are legitimate, even when the problems predate this administration. I wish we had all the funds, there would not be one item left on your list of demands that would not be immediately addressed.

“But we are constrained with paucity of funds. Indeed, our steady and deliberate approach to resolution of workers related  issues is dictated by the reality of available funds rather than the strength of our commitment.”

Only states that are anti-teachers won’t pay – NUT

Dismissing the states’  claims,  NUT Secretary-General, Ike-Ene, said some of them were playing politics with education.

He said states also complained of the shortage of funds whenever teachers’ issues came up.

He said, “When we get to the bridge we will cross it. If you have a good mind, you will want to do it, but those who are anti-teachers can continue to say they cannot pay the teacher’s salary scale but if there is a will there is a way. Every month, no state has ever complained of not getting its monthly allocations. These people are playing politics with education because when things have to do with teachers, they will say funds are not available.”

He also revealed that all the state governments and stakeholders in the education sector concerned were represented at the meetings where the salary scale was worked out.