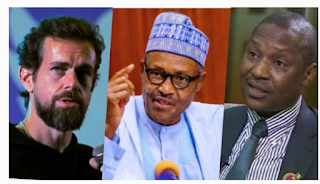 This is contained in court documents seen by Peoples Gazette.

Days after the Buhari regime banned Twitter operations in June, human rights organisations and journalists including Peoples Gazette and Amnesty International, in a consolidated lawsuit alleged a breach of the freedom of expression and association.

The microblogging platform has over the years been a medium of accessing information on issues of national interests and the ban on its operation undermines Nigerians’ freedom of information online.

In the defence filed on September 27,  Mr Malami, represented by counsels from the justice ministry including Maimuna Lami Shiru admitted that the Buhari regime “legally violated” Nigerians’ right to own and operate medium of information including Twitter.

Citing section 45 of the Nigerian constitution, he said “the provision vindicates instances where the right to own, establish and operate any medium for the dissemination of information, ideas and opinions (the use and operation of Twitter in this case) as provided under section 39 of the Constitution may be limited.”

He added “In other words, section 45 (1)(a) & (b) of the Constitution creates an exception to section 39 and presents instances where the right may be legally violated. Amongst such instances is where a law is validly enacted for the interest of defence, public order and public morality.”

Although the Buhari regime prayed that the suit is dismissed for lacking merit, the court adjourned the hearing until January 2022 for ruling.