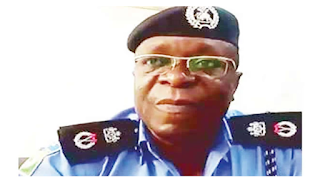 The Edo State Police Command has arrested two suspected cultists for allegedly torturing and humiliating a TikToker identified as ‘Queen Perri,’ following a viral video she made on social media.

The state Commissioner of Police, Mr Philip Ogbadu, disclosed this while addressing journalists after the state’s monthly security meeting at the Government House in Benin City.

He said two of the boys involved in the torture of the lady had been arrested and in police custody, adding that the command had intensified search for other culprits.

Contrary to the news making the rounds on social media alleging that the girl had died, Ogbadu said that she was alive and receiving treatment at a health facility in the state.

He said, “It was alleged that the girl was killed, but she is alive. Due to the social stigma that may be attached, we will not reveal her whereabouts now. However, you will see the boys later.”

Affirming the commitment of security agencies in the state to the security of lives and property of citizens, the CP stated, “We have already drawn an operation for the ember months. Soon, you will see an improvement in our operations. The military too will be launching an operation from Monday on Ehor Road. It is going to be safer during the ember months.”