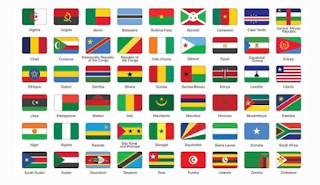 A new initiative by the United Nations Economic Commission for Africa (ECA) is supporting African cities to measure their GDP, a vital economic well-being indicator.

This is contained in a statement on Thursday.

The GDP estimates, the ECA said, would enable a more accurate understanding of the economic weight and performance of cities as well as the design of tailored measures to unlock their full potential.

Presenting the initiative to the inaugural meeting of a regional technical working group, Edlam Yemeru, ECA’s director for the Gender, Poverty and Social Policy Division, said, “City GDP, in spite of its immense contribution to national economies, has hardly been measured in Africa consistently to inform policy targeting and investment decisions.”

ECA plans to ensure city GDP estimations are conducted regularly across the region to access and harness the economic potential and performance of African cities.

”The establishment of the regional technical working group is of crucial significance in realising these aspirations,” noted the organisation.

The technical working group members would meet regularly to advise on a regional guideline on city GDP estimation in Africa and a roadmap to institutionalise the practice.

This would be done while exchanging ideas, solutions and findings at the local, national and continental levels. The regional guideline, in particular, would be used as a main capacity-building tool to support more African cities in conducting their GDP estimates.

According to the statement, findings from the pilot initiative for the first time showed that between 2015 and 2020, Harare accounted for an average of 38 per cent of Zimbabwe’s GDP, while Accra and Yaoundé’s contributions in Ghana and Cameroon were 36 per cent and 15.7 per cent respectively.

The regional technical working group comprises experts from various organisations, including the UN-Habitat, the African Union, the United Cities and Local Governments of Africa (UCLG-Africa), the Sahel and West Africa Club of the Organisation for Economic Co-operation and Development.

Others are the United Nations Capital Development Fund, the World Resources Institute, the Cities Alliance, the Gauteng City-Region Observatory and the Islamic Development Bank.