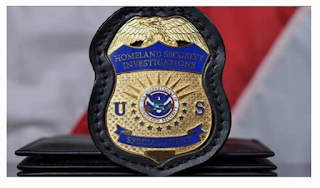 Baltimore, Maryland – A federal grand jury has returned an indictment charging Joshua Olatokunbo Shonubi, a/k/a Olatokunbo Joshua Shonubi, age 50, of Bowie, Maryland, for a federal charge of conspiracy to commit marriage fraud and visa fraud and for presenting false documents to a federal government agency, in connection with a scheme to fraudulently obtain permanent resident status for foreign nationals by arranging marriages to U.S. citizens. The indictment was returned on October 20, 2021 and unsealed today upon the defendant’s arrest.

Shonubi is expected have an initial appearance today at 2:15 p.m., in U.S. District Court in Baltimore before U.S. Magistrate Judge J. Mark Coulson.

According to the seven-count indictment, from at least January 2014 through January 2021, Shonubi, pastor of NewLife City Church, Inc. in Hyattsville, Maryland, engaged in a conspiracy to fraudulently obtain immigration benefits for foreign nationals by arranging their marriage to United States citizens who served as their sponsors for permanent residence in the United States. The indictment alleges that Shonubi received thousands of dollars from foreign nationals in exchange for connecting them with U.S. citizen sponsors and facilitating their marriages.

If convicted, Shonubi faces a maximum sentence of five years in federal prison for conspiracy to commit visa fraud and marriage fraud and a maximum of five years in federal prison for each of six counts of presenting false documents to a federal government agency. Actual sentences for federal crimes are typically less than the maximum penalties. A federal district court judge will determine any sentence after taking into account the U.S. Sentencing Guidelines and other statutory factors.

An indictment is not a finding of guilt. An individual charged by indictment is presumed innocent unless and until proven guilty at some later criminal proceedings.