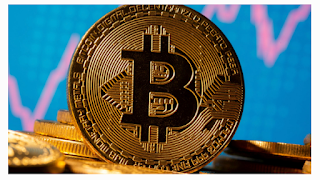 The United States of America has overtaken China as the world’s leader in bitcoin mining, according to data published by the Cambridge Bitcoin Electricity Consumption Index.

The U.S. share of the global hashrate rose from 17 per cent in April to 35 per in August, while Kazakhstan rose from 10 per cent to 18 per cent in the same period.

Michel Rauchs, digital assets lead at the Cambridge Centre for Alternative Finance, told Financial Times that “the effect of the Chinese crackdown is an increased geographic distribution of hashrate across the world.”

This development comes after China banned Cryptocurrency exchanges and transactions earlier in the year, raising concerns about mining’s effect on the environment. The government of the former largest cryptocurrency market has been clamping down on the trade since 2019.

In May, China warned buyers about trading digital assets as there was no protection for continuing to trade bitcoin and other currencies online.  In June, banks and payment platforms were ordered to stop facilitating transactions. A ban was also issued on mining.

In September, China’s central bank declared all transactions of cryptocurrencies illegal, banning digital tokens such as bitcoin. The price of bitcoin fell by more than $2,000 after the announcement.