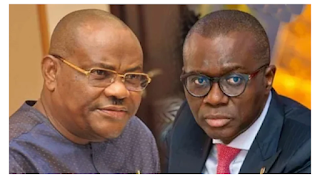 Some lawyers have advised parties in the ongoing tussle over collection of Value Added Tax, warning that Nigerians may end up suffering for it.

While saying some of the state governments seeking to be joined in the ongoing litigation over the matter, they noted that the case might be frustrated by the forthcoming general elections in 2023.

Speaking on Politics Today, a current affairs programme on Channels Television, on Monday, constitutional lawyer, Jiti Ogunye, noted that the ongoing VAT agitation, “which is now ripening to a potential, very robust legal tussle” among the states of the federation, started as a solo effort.

The Attorney-General of the Federation and the governments of Adamawa, Plateau and Kaduna States are set to join the Federal Inland Revenue Service in its appeal against the judgment of the Federal High Court in Port Harcourt which empowered Rivers State to collect the Value Added Tax.

Ogun and Akwa Ibom had earlier said they were ready to enact laws that will enable them to collect the tax in their states.

Some other states such as Edo, Ondo, Oyo and Taraba said they are still studying the ruling of the Federal High Court in Port Harcourt on the matter, while Delta State says it is consulting before it will take a position on the issue.

This is in spite of the ruling by the Court of Appeal sitting that Rivers and Lagos states, which already enacted laws to collect VAT in their states, should stay action on the matter pending the determination of the appeal for stay of execution filed before it by the FIRS.

Ogunye said, “Rivers State flagged it off and Lagos State joined, and Ogun State and some other states joined. And now, all the southern states have adopted that position. So, we are going to have this litigation and adjudication of the matter. One track may be to say that this is sheer grandstanding particularly in the light of the political campaign season that would soon calm. Just like the presidency zoning controversy, this is just politics of positioning; politics of ‘bigmanship’, bargaining and all that.”

The lawyer, however, stated that the salient issues must be recognised, especially fiscal federalism.

Ogunye further said, “Before we start playing the court; the matter is before the court and the court would decide the matter, and I think that the earlier the court decided that the better for everybody so that this controversy can be out behind all of us. But if the parties do not want the court to so adjudicate and they feel that in the spirit of ADR (Alternative Dispute Resolution) that lawyers also advocate these days and the courts also sanction; that a part of arbitration or compromise and political discussion is that path to tread, I think that they should better do that, rather than labouring our over-congested court and compelling it by the force of the matter they are submitting before it, to then adjudicate one way or the other.”

He said, “I think that for us as common people, our interest is not in who collects VAT or who retains VAT but what the government – federal or state – used the proceeds of the collection for. Do we see the impact? I’m afraid, no. What has Rivers State done with the VAT that it has collected in terms of its shares so far? What has Lagos State done. So, the debate about revenue collection should be taken to the level of its relevance and usefulness to the ordinary people of Nigeria; not this debate between the governments as to who collects and then, there is no accountability. I think that, generally, we should start questioning the leaders as to the use of the tax being collected from the people of Nigeria; and put them to account in terms of projects executed, promises made to the people, whether they have been fulfilled or not.”

The SAN warned that the ongoing legal tussle might not yield the expected result, saying, “I think a political solution is desirable because if the court cannot resolve the dispute, then we should not be seeing our people through these motions for joinder by the various state governments as a way of trying to give the impression to the people of their (respective) states that they (governments) are fighting on their behalf or protecting their interests.

“So, beyond the grandstanding as my learned friend (Ogunye) had said, about joining and to seek popularity, the parties should sit down towards working out a political solution because it is in the interest of Nigerians that this dispute is not prolonged beyond what we see now. By the time the states come with their various applications to join, I don’t think that this case would be determined before the next general elections in 2023, in which case politicians would just be taking is for a ride without really addressing the nitty-gritty of the issues at stake presently.”