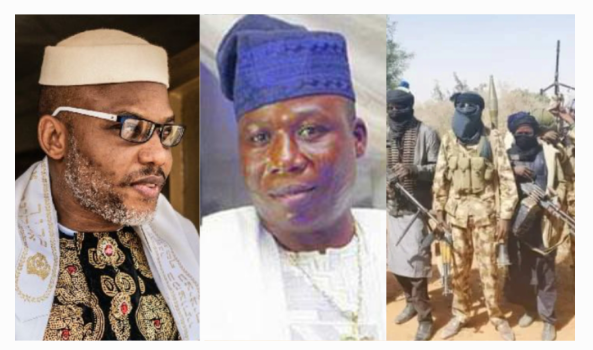 The Muhammadu Buhari regime says there’s no distinction between those peacefully demanding a separate country from Nigeria and bandits killing people across the country.

In an interview with the News Agency of Nigeria (NAN) in Abuja, the Minister of Information and Culture, Lai Mohammed, said the idea that the Buhari regime through the military was handling bandits different from the Indigenous People of Biafra (IPOB) and Yoruba Nation separatists was false.

He said it was a “misconception that the Federal Government is softer on the terrorists in the North East and the bandits from the North West and the way they handle separatists and other criminals from the South East and South West.”

Describing the notion as a fallacy, the government spokesperson said, “The truth of the matter is that the Federal Government does not make a distinction between terrorists and bandits.

“As far as the Federal Government is concerned they are all criminals and they are treated the same way,” he added.

“The issue of security must not be politicised. Security is security. Bandits kill soldiers; they kill policemen and innocent people.

“So, why will the military be softer on one set of criminals than the other?” Mr Mohammed added.