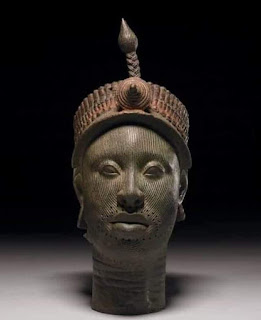 There are many towns and villages in between the borders of Nigeria and Benin Republic who identify themselves as Anago. Some of these families acted as viceroys and ambassadors of the Oyo empire. The roots of some of these towns could easily be traced to Oyo, Ife, Ogbomosho, Abeokuta, Ilorin, Ede, and many more communities in the hinterland.

Some migrations took place before the Owu wars as a result of trade, diplomacy, search for arid farmlands, economic, politics, and some migrated during the numerous nacine Yoruba wars which led to the fall of the Oyo empire. And this gave Dahomey the opportunity to be independent of Oyo and many Yorubas/Anagos were captured and sold through Whydah, Lagos, Porto Novo, Port Seguro, etc.

The Yorubas are Anago, Nago, Lucumi/Ulcumi, Aku, Ana, Ana-Ife, Ife, Oyo, Katunga etc. The Yoruba do not have a uniformed name in the beginning. What unites the Yorubas are their language, Origin at Ile Ife, and Culture.

The Yorubas are called Anago or Nago in Brazil, Benin Republic, Haiti, Togo, Ghana, Ivory Coast, e.t.c. The word Lucumi and Anago were used earlier to qualify the Yorubas before the Christian missionaries made the name Yoruba popular in their writings. In the Northern part of Togo the Yorubas are also called Ana Ife or Ana.

Growing up at Ebute Metta in Lagos, i remember that when my grand mother is talking to us and we are not listening or because we were playing and seems not to pay attention to what she is saying, she will shout at us saying ''Se e o gbo Anago ti mo n ba yin so ni? (Can't you understand the Anago that i am speaking to you). It means don't you understand the Yoruba i am speaking?

Anago is one of the oldest name by which the Yorubas are known. It means someone who is wise or intelligent as the Yorubas are seen to be by other Africans. The word Nago became popular during the Slave trade. So many slaves were sold at the Slave port of Lagos and Whydah, and because the Yoruba Slaves were soo many, the word Anago or Nago became popular. The earliest European slave traders preferred to call the Yorubas, Nago because it was easy for them to pronounce and omitted the letter A.

Nago was the name that was documented in the Americas during classification to identify the origin of the Anago Slaves. The largest numbers of Slaves that were taken from a single tribe in Africa were taken from the Slave ports or the slave coast. These ports were found in Nigeria, Benin Republic, and Togo.

I have argued that the biggest Slave port was the Slave port of Lagos. Many people do not know that Oba (King) Kosoko of Lagos was the biggest Slave trader on the coast of West Africa. He owned Slave Ships in Bahia Salvador in Brazil, and no other native African Chief or king was recorded to have possessed such. He was a close ally and friend of the king of Abomey in his time because Slave trading was the major economic strength of Abomey.