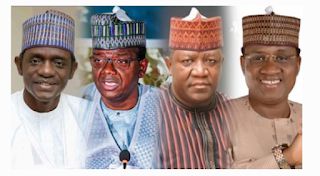 Sani Shinkafi, a chieftain of the All Progressives Congress (APC) in Zamfara, says no court order restraining the party from conducting congresses.

Mr Shinkafi stated this at a news conference in Gusau on Sunday while commenting on the November 13 ward congresses conducted by the party in the state.

The APC leadership in the state, under the Governor Bello Matawalle faction, led by Hassan Nasiha, conducted congresses in the 147 wards of the state on Saturday.

Ten local governments party chairmen in the state had taken the APC to court to contest their sacking from office before their tenure ended.

The APC National Caretaker and Convention Committee announced the dissolution of party executives in the state on June 28, shortly before Mr Matawalle defected to the APC.

At the resumed hearing of the matter on November 9 in Gusau, the case was adjourned until November 17 for a ruling.

The APC leadership under former Governor Abdul’aziz Yari-led faction, in a statement, however, urged its members in the state to boycott the congresses organised by Mr Matawalle’s faction to respect the court order.

Mr Shinkafi stated, “Therefore, as far as I am concerned, the order does not mean to stop the APC leadership in the state from conducting its congresses. I am therefore calling on the people of the state to ignore any comments from those who don’t want political stability to reign in the state.”

He added, “We have only one lawful APC leadership in the state with Gov Bello Matawalle as the leader in the state.”