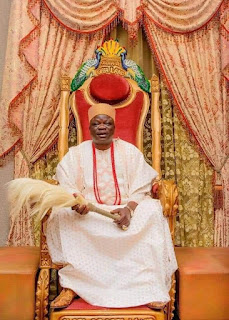 OFFA is a major town in South West of the Niger in Nigeria. It is located in the South Eastern part of the Kwara State. The town was founded by a hunter: Olalomi Olofagangan, sometimes in the 14th century. The people of OFFA are descendants of Oduduwa and speak Yoruba, one of the three major languages in Nigeria. History has it that Olofagangan left Oyo and settled in several places until he finally arrived at the present location of OFFA.

Olofagangan was a hunter and his first settlement was near a river called Maika. As a frontier town in the old Oyo Empire, OFFA featured in intra and inter-tribal wars and defended itself against the Nupes and the Fulanis. Olofagangan died at OFFA Eesun in the course of his migration. OFFA as a town was eventually derived from Olofagangan: a name formed from the weapons Olalomi Olofagangan utilized for his hunting activities. The weapon is a bow and arrow called OFA in Yoruba language. Olofa was regarded as the head of the people of Ibolo dialect (accent) of the Yoruba language. Ibolo dialect speakers comprises of people of the surrounding towns and villages within the state of Kwara, and the neighboring Osun State.

The people of OFFA celebrate a host of annual festivals including Onimoka and Egungun, Onimoka, the most famous of these festivals is celebrated by OFFA people, gathered at the town square, to witness a blindfolded man slice a yam tuber into two equal parts, with miraculous precision. A high point during the festival is a ceremonial wrestling contest between the Olofa and Eesa – one of the chiefs. Another important aspect of the Onimoka festival is the celebration of Moremi deity. Legend has it that Moremi was married to the Ooni of Ife from conquest. Olofa offer prayers for peace and prosperity, perform rituals, and make offerings to the spirit of Moremi.

Egungun (Masquerades) festival is celebrated with youths in colorful masks and robes entertaining the people by making rounds at various locations in the town. They are rewarded with cash gift for the performance. The Egunguns also offer prayers and blessing to their benefactors and the town in general