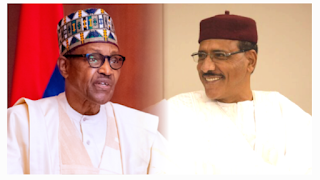 President Muhammadu Buhari has pledged Nigeria’s support to end terrorism in Niger and other neighboring countries.

“Nigeria will continue to support our neighbours in the common efforts to fight terrorism,” he said on Saturday.

Mr Buhari’s commitment comes in the wake of the gruesome murder of 69 persons by terrorists in Niger. The insurgents had carried out their heinous crimes on Niger’s common border with Mali and Burkina Faso, killing people in cold blood. One of the casualties included a mayor.

Condoling with the Nigerien President Mohammed Bazoum, Mr Buhari said “We share your grief over this tragic incident,” and encouraged other “African leaders to leave no stone unturned to frustrate and defeat these common enemies of humanity.

“Terrorism shouldn’t be treated as a localised security threat, because it’s spreading its tentacles far beyond our imaginations.”

Mr Buhari’s condolence message was contained in a statement by Garba Shehu, his spokesman.

He advocated for collaboration among insurgency-ravaged countries to tackle the issue insecurity.

“It’s high time we pulled resources and efforts together to defeat these callous criminals who are causing serious social and economic disruptions in our countries.”

London-based magazine, The Economist in its Oct 23 editorial titled “The  The Crime Scene at the Heart of Africa”, described Mr Buhari as inept and incompetent whose failure to tackle corruption has upended insecurity in Nigeria.