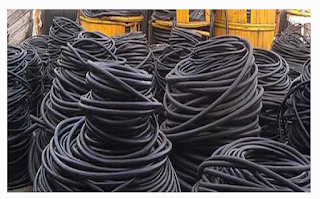 On Tuesday, a Central Area Court in Kasuwan Nama in Jos sentenced a 28-year-old cleaner, Moses Azenbe, to two years in prison for stealing a cable.

The magistrates said the judgment would serve as a deterrent to others.

Ibrahim Gokwat, the prosecutor, had told the court that the case was reported on November 2 at the Laranto Police Station by Nwosu Uwaezuoke.

Mr Gokwat explained that during the police investigation, an armoured cable was recovered from the convict.

The prosecutor added that the offence was punishable under Section 272 of the Plateau Penal Code Law.