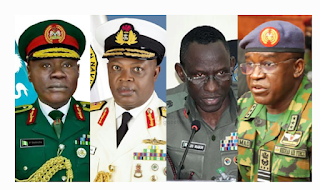 The judicial panel set up by the Lagos government to probe the October 20 Lekki Tollgate massacre has recommended the dismissal of soldiers who shot and killed unarmed, peaceful protesters.

In a damning verdict, the panel’s report stated that the soldiers were unfit to serve in any Nigerian security agency.

“All officers (excluding Major General Omata) and men of the Nigerian Army that were deployed to the Lekki Tollgate on October 20, 2020, should be made to face appropriate disciplinary action, stripped of their status, and dismissed as they are not fit and proper to serve in any public or security service of the nation,” the report asserted.

It added, “The panel recommends disciplinary actions to the following officers (Lt. Col S.O. Bello and Major General Godwin Umelo), who refused to honour the summons of the panel in order to frustrate the investigation.”

Meanwhile, the report has confirmed that Governor Babajide Sanwo-Olu lied that he did not invite the Nigerian soldiers who massacred unarmed and peaceful #EndSARS protesters at the tollgate.

The panel set up by the Lagos government to probe last year’s October 20 tollgate massacre specifically stated that Mr Sanwo-Olu invited the soldiers who shot and killed the peaceful protesters, who were mostly young Nigerians.

Mr Sanwo-Olu had claimed that he knew nothing about how Nigerian soldiers were mobilised to the tollgate. He had repeatedly deflected any blame of what happened at the Lekki tollgate to the Nigerian Army, playing the victim that he had no control over the military force that invaded the tollgate and killed the protesters without any provocations.

The report submitted to the Lagos government on November 15, over one year after the #EndSARS protesters were massacred, pointed out that the soldiers and police shot, injured and killed protesters holding national flags and singing the national anthem at the Lekki tollgate.

Information minister Lai Mohammed had also denied any protesters’ killing on the night of October 20, 2020, accusing the peaceful demonstrators of orchestrating anarchy.

#EndSARS, a nationwide protest against police brutality championed by young Nigerians, ended on a sad note as Nigerian soldiers shot and killed protesters waving the national flag and singing the national anthem.