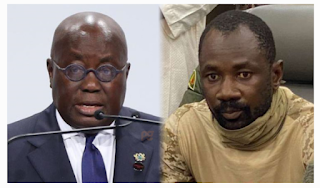 The Economic Community of West Africa States (ECOWAS) has imposed various sanctions on the leaders of the military coup in Mali for shifting the date for the presidential and legislative elections earlier fixed for February 2022.

The sanctions were spelt out in a statement issued after an extraordinary meeting of the ECOWAS Heads of Authority and Heads of State under the chairmanship of Ghanaian President Nana Akufo-Addo in Accra on Sunday.

The sanctions according to the statement include asset freeze and travel bans on all members of the transitional authority as well as certain members of their families.

Mali’s interim government which took over power through a military coup in August 2020 had promised the ECOWAS of power transition back to democracy in February 27, 2022 elections.

However, ECOWAS observed that there are little or no progress at all towards organizing the general elections, hence the sanctions.

In a statement announcing the sanctions, ECOWAS said it was imposing the sanctions in conformity with its decision taken on September 16, 2021, and “with immediate effect.”

ECOWAS said it was imposing the sanctions on “individuals and groups who have been identified, including the entire transition authorities and the other transition institutions,” and on “members of their families.”

The regional body said the sanctions include a travel ban and a freeze on their financial assets, and said additional sanctions would be proposed at its next Ordinary Session on December 12, 2021, “should the situation persists.”