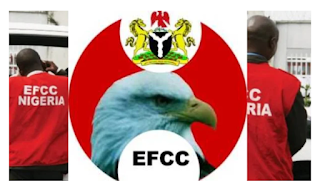 ALMOST four months after the whistleblower app, Eagle Eye, was inaugurated by the Economic and Financial Crimes Commission with fanfare, the mobile application has recorded only 15,000 downloads.

Some users also alleged that the app exposed their information.

Findings by The PUNCH on Monday indicate that the app had 10,000 total downloads at an average of 1,173 downloads per month on the android operating system (Google play store) where it also got an above average rating of 3.6.

The total downloads figure was not available on the IOS but checks show that the application recorded 1,222 monthly downloads which translated to about 5,000 downloads since it was released on the platform.

The Eagle Eye got a very poor rating of 1.2 out of 5 from 49 reviewers on the IOS (Apple store) as well as acerbic criticisms by many users who complained that it was tracking them and stealing their data.

Speaking during the unveiling of the app at the EFCC headquarters, Jabi, Abuja, on July 14, 2021, the EFCC Chairman, Abdulrasheed Bawa, had said it would ease the reporting of economic and financial crimes to the commission and also complement the existing channels of reporting crimes.

He had said, “The Eagle Eye presents a new experience, a new information-sharing tool between the public and the EFCC.

“With the app, those who are afraid of reporting cases of corruption to the commission, either for fear of being identified as a partner or having their identity revealed, can now do so with the assurance of full secrecy.”

But users are demanding that the application be taken down, alleging that it intruded on their privacy and also shared their locations and information without their consent.

In his review on IOS two days after it was released, one Chukwueke wrote, “This app violates human rights and shares your data with them (EFCC) without your consent. It intrudes on our privacy and it must be taken down immediately. We don’t want the app; it shares your locations and information without your consent, including bank statement and details.”

Another user who identified himself simply as Alomabankz stated, “This is a bad app; all my personal information has been stolen and exposed to fraud. I’m in severe pain right now.

“My bank account just got blocked now after some withdrawals; please don’t download this app,” he trolled.

Our correspondent dialled the numbers on Monday and confirmed that they were not working.

The EFCC spokesman, Wilson Uwujaren, could not be reached for comments on the users’ complaints. He had yet to respond to a message sent to his mobile phone as of the time of press time.