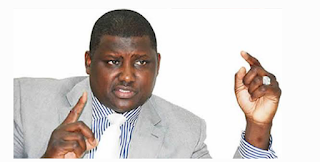 The Abuja Division of the Federal High Court on Monday sentenced a former Nigerian pension management official Abdulrasheed Maina to 61 years in jail after finding him guilty of money laundering and racketeering.

But Mr Maina will spend only eight years in prison as the sentences are stipulated to run concurrently by Justice Okon Abang.

He was found guilty of illegally depositing up to N2.3 billion in three installments in violation of extant money laundering regulations.

The judgement marks a major victory for the anti-graft EFCC, whose officials have spent eight years chasing the case.