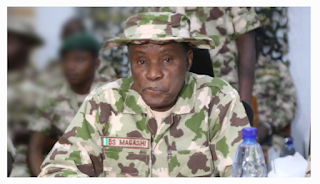 Minister of Defence, Bashir Magashi, says the prevalence of these groups has adversely affected food security thereby posing a new dimension of threats to the country.

“Regrettably, the prevalence of these threats has continued to endanger not only national security and economic growth but also food security.

“In particular, food security has been adversely affected with the attendant rise in the prices of foodstuff across the country which portends a new dimension of threat,” he said.

Mr Magashi said this at the opening of a retreat for Defence Advisers/Attaches Conference, organised by the Defence Intelligence Agency (DIA) on Monday in Abuja.

He said the attacks by Boko Haram and ISWAP in the North-East and banditry and herder/militia in the North-West and Central posed serious threats to Nigeria.

According to him, states in the South-South region are plagued with illegal oil bunkering, piracy and militancy while the South-East is challenged with secessionist activities of IPOB.

He added that the South-West region is equally faced with secessionist inclination driven by ethnic agitators as well as occasional tension between herders and farmers.

Mr Magashi called for collaboration between the security agencies to “come up with innovative ways of identifying and confronting” these challenges.

The minister said this was necessary in order to “create an enabling atmosphere for economic activities to thrive and to attract Foreign Direct Investment.”