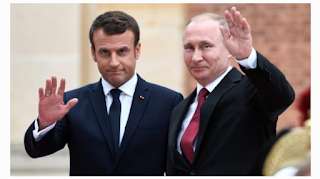 France is still waiting for Russia’s response to proposals regarding the date of a Normandy Four meeting on the ministerial level, says the Foreign Ministry’s spokesperson.

“During the talks between French President Emmanuel Macron and German Chancellor Angela Merkel on October 11, with their Russian counterpart Vladimir Putin, an agreement was reached,” the spokesperson said.

The ministry added that the agreement was to organise a ministerial meeting in the Normandy format in the coming weeks.

“We have repeatedly proposed dates for this meeting,” added the spokesperson. “We are still awaiting a response from the Russian side. Our goal is to hold this meeting as soon as possible.’’