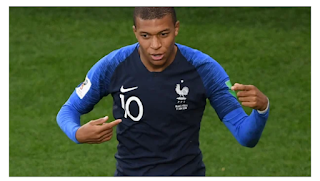 Holders France qualified for the 2022 World Cup finals in Qatar by crushing Kazakhstan 8-0 on Saturday thanks to four goals from Kylian Mbappe, while Belgium also booked their ticket.

Didier Deschamps’ side outclassed the Kazakhs at the Parc des Princes in Paris to top Group D with Karim Benzema also scoring twice and Adrien Rabiot and Antoine Griezmann on the scoresheet as well.

Benzema told M6 television: “We got the goals, we didn’t concede any and we played some good football.”

Belgium, who were beaten by France in the semi-finals of the 2018 tournament, made sure of their spot in Qatar by beating Estonia 3-1 in Brussels to top Group E.

The Netherlands threw away a 2-0 lead to draw 2-2 with Montenegro in Podgorica, meaning the Dutch still have to get a result against Norway on Tuesday to reach their first World Cup finals since 2014.

The Dutch are top of Group G with 20 points while Turkey have 18 points, the same total as Norway.

The Turks face Montenegro in their final game.