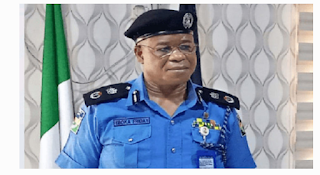 Mr Omoni in a chat on Wednesday said the sad incident happened on Okija Street, Mile One Diobu in Port Harcourt Local Government Area, PHALGA, when armed men inside a Toyota Corolla vehicle attacked the officers on duty and carted away with one AK-47 rifle.

“I can confirm the attack on our men posted to Okija street on stop and search by unknown gunmen last night,” Mr Omoni said, stating further that the police commissioner has ordered an immediate investigation on the attack of its officers.

He added, “One Toyota COROLLA with Reg. No. Rivers ABU 380 AW used by the attackers was abandoned.

“Two officers were killed”, and “One AK-47 rifle belonging to one of the officers carted away,”  he added in a statement to reporters in Port Harcourt.

The hoodlums then opened fire on the unsuspecting police officers who never knew the men were armed, The Gazette learnt.