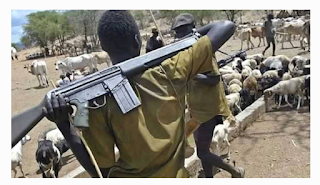 The police command in Adamawa has confirmed that suspected herdsmen killed seven villagers while sleeping in a midnight attack on Negga village in the Numan local government area.

The police spokesman added that the assailants launched the attack on the community at about 2:00 a.m. on Wednesday.

“Police received signal at about 5:00 a.m. on Wednesday, November 3, that there was an attack on Negga community in Numan local government area, a village on the Adamawa-Taraba border. According to the First Information Report, the suspected criminals attacked the village while the farming community was asleep,” explained the police officer. “During the attack believed to be carried out by suspected herdsmen, seven persons were killed, while another seven injured.”

He said police had deployed a special squad to the area while those injured were taken to Numan General Hospital.

Mr Nguroje warned that the police had zero tolerance for criminal groups threatening the peace and lives of innocent people of the state.

According to him, the Criminal Investigations Department (CID) has swung into action to fish out the assailants.

“The police are appealing to the good and peace-loving people of Adamawa to always assist with useful information to fish out bad eggs in the society,’’ he said.