HISTORY OF YEWA - The Naija Weekly 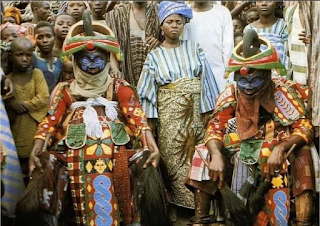 Yewa (formerly Egbado) is a multicultural diverse sub ethnic group of Yoruba people located in Ogun State, South west region of Nigeria with an estimated population figure of 1.8 million people spread across the present day five local governments of Yewa South, Yewa North, Imeko Afon, Ipokia and some communities in the present Ado-Odo Ota and Abeokuta North local governments areas of Ogun State. The Origin of the people is linked to the cradle history of Yorubaland of the popular Ile-Ife and Oyo traditions.

hunters and princes who were said to have

migrated from Ketu, Ile ife and Oyo in the 15th,

16th and 17th centuries . Another migration also took place in the 18th and 19th centuries as a result of Dahomey and Egba invasions of some Northern Yewa towns. These migrations of different groups largely resulted in settlements of independent kingdoms and chiefdoms of diverse ethnic and sub-ethnic groups that constitute the various Yewa towns and villages. The Yewa people in the contemporary history, are predominantly farmers and traders largely found in the western part of Ogun State, Nigeria.

It borders Lagos to the South, Oyo State in the

North while its close location to the international Border of Nigeria and Republic of Benin in its Eastern border has considerable effect on international commercial activities. It must be mentioned that the area was a major slave trade route to the coast which made it subject of external attacks by slave merchants in their bids to force open the slave routes to the sea.

Essentially, the Yewa people as a multi-ethnic

Located in the Eastern part are communities’ refered to as “Egbado”. These includes Ilaro,

despites its multicultural orientation, the Yewa

community has a relatively good history of

peaceful co-existence among its people and

neighbors, perhaps because of its well

respect for native authority residual in the

Obaship Institution and native authority which

native laws, peace and security including societal norm and values. A typical Yewa man is a symbol of a quintessential personality and a good example of Omoluwabi.

The Yewa Traditional Council otherwisely referred to as “Council of Obas” is a veritable Institution in this respect. The complimentary roles the Council is playing in conflict management and resolution has great impact in enduring peace and peaceful co-existence in the Community. The Council is headed by the Olu of Ilaro, who since 1993 became the President and Paramount ruler of Yewa land following a consensus agreement among the crown- heads of Yewa towns and Communities.

The various sub ethnic groups that is today

known as Yewa were administratively grouped

under the Egbado Division of the then known

Abeokuta province. In 1995, following a report of research conducted by the “Yewa think tank”, (a group of prominent educated elites and leaders of thoughts) it was unanimously resolved that the people formerly referred to as Egbado be forthwith known and called YEWA . The change according to Anthony Asiwaju was “motivated by the need to tackle an identity problem of correcting a double misnomer that had applied to the wider multi-ethnic and the particular sub groups formerly labeled as “EGBADO” and more significantly for self determination of the entire people who not only share cultural but also geographical affinity over the Yewa River to explore new ground for Unity and Progress”

Significantly, the Yewa people are notable for