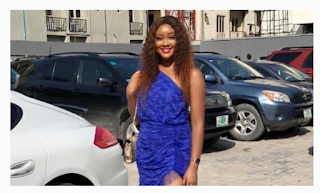 Ms Onyinye, who was set to wed in December, gave up the ghost after spending over 48 hours trapped under the rubbles of the collapsed building.

Her cousin, Chinedu Enekwe, confirmed her death to Peoples Gazette on Wednesday evening.

Mr Chinedu replied in the negative when asked if the family had been contacted by officials of the Lagos State Emergency Agency (LASEMA).

“No, our in-law was the one who confirmed with visual evidence sent to the family.”

The bereaved cousin also lamented about the lackadaisical attitude of the authorities to relations of victims trapped under the collapsed building.

“They (the authorities) haven’t said a word. There is no process in place for the family to engage with,” he said.

The vibrant young lady had taken what would now become her last selfies in her new office and sent them to her elder sister on Monday morning.

Unfortunately, the Gerrard building collapsed around 2:00 p.m. the same day.

Being a construction site, it remains unclear the exact number of people present at the time of the collapse.

However, the death toll has risen to 22 as security agents make frantic efforts to rescue the remaining victims that are possibly still trapped alive.

It is not yet known if the state government will be compensating victims of the building collapse and their families.