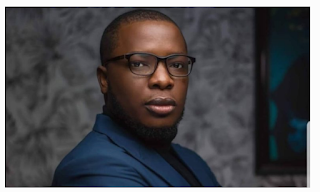 The Interpol section of the Nigerian Police Force has declared Nigerian businessman Adams Uju wanted for duping investors N52 million and $28,000, respectively, part of a multibillion-naira fraud he has been accused of by victims.

A warrant of arrest issued for Mr Uju, 42, by the Lagos Division of the Federal High Court stated that he defrauded victims through his company, Addy Finance & Investment Limited, registered under the Fund Managers Association of Nigeria (FMAN).

“He is wanted by the police for the offence of obtaining money under false pretence and investment fraud in Addy Finance & Investment Limited with the sum of fifty-two million naira only and twenty-eight thousand dollars respectively,” a notice issued by the Interpol stated.

FMAN represents the interest of all Securities and Exchange Commission (SEC) registered Funds and Portfolio Managers in Nigeria.

CHIVE GPS, an intelligence research analysis firm based in Lagos, initiated the petition on behalf of the victims.

An intelligence research analysis firm based in Lagos.

He was declared wanted following a June 28 petition by Charles Mba and other investors. They transferred the funds into Mr Uju’s company account after seeing an investment advert on the Internet, including social media platforms.

The total amount involved in the alleged fraud was unclear, but sources said Mr Uju fleeced his victims to the tune of billions of naira.

Mr Uju, however, through his company, did not pay back the investors’ fund and the expected returns on investment.

“Oblivious of the fraud ahead, our clients transferred the sum of fifty-two million naira and twenty-eight thousand dollars respectively at various times into the account of Addy Finance. The so-called investment was supposed to last for six months. However, Adoms of Addy Finance failed to pay them back the invested capital or return on investment and elected to be evasive,” the petition stated.

The victims argued that even though the company had been certified by the Securities and Exchange Commission, it is an organised Ponzi scheme packaged as a legitimate business.

“We believe this was simply an organised Ponzi scheme, packaged and promoted as a legitimate business, targeted at Nigerians all over the country who believed the falsehood of Adoms,” the victims added.

Temitope Moshood, a representative of FMAN, told The Gazette that they were aware of the matter but said SEC should be contacted for comments.

Earlier in June, some investors yet to receive their return on investment took to the company’s Twitter page to lament their inability to log in to the platform, claiming that Addy Finance has also cut off other forms of communication.

However, on June 18, a user identified as @Rhymmz shared a screenshot of a message he received from the company.

“Kindly note that the delay in payment right now is due to the fact that our accounts has been put on PND (post no debit) because of the petition written by some investors, hence payment cannot be made for now,” it said.

SEC had in April cautioned Nigerians against investing in unregistered online platforms claiming to be operating in partnership with Capital Market Operators registered with the commission. But the commission is now silent when told by The Gazette that Mr Uju registered his business with the regulator.

“The attention of the SEC has been drawn to the existence of several providers of online investment and trading platforms which purportedly facilitate direct access of the investing public in the Federal Republic of Nigeria to securities of foreign companies listed on Securities Exchanges registered in other jurisdictions,” SEC said in a circular addressed to Capital Market Operators.

“These platforms also claim to be operating in partnership with Capital Market operators (CMOs) registered with the Commission,” the statement said.

SEC’s spokeswoman Efe Ebelo, when contacted by The Gazette, declined to comment on the matter, requesting some time to speak on the matter. She had yet to do so as of the time of filing this report.

In recent months, several investors have been accused of defrauding investors of multi-million naira and being on the run.

Peoples Gazette in August reported that a couple of entrepreneurs, Gloria Igberaese and Muyiwa Folorunsho, were declared wanted by Interpol over their involvement in multi-million dollar investment fraud.

The entrepreneurs are said to be the CEOs of Divergent Enterprise operating businesses such as Landlagos, PorkMoney, Hyberfactory, and Porkoyum, among other companies that they allegedly used to fleece thousands of Nigerians in a slew of Ponzi schemes linked to them.