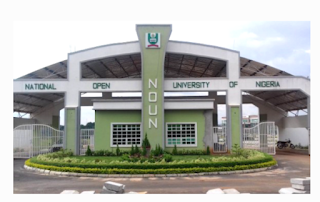 Eleven prisoners at the Medium Security Custodial Centre, Ibara, Ogun have been admitted by the National Open University of Nigeria (NOUN) to study various courses.

The prisoners are to study business administration, criminology and security studies, peace and conflict resolution, political science, and public administration among others.

Spokesperson for the Ogun state command of the Nigerian Correctional Service (NCoS), Victor Oyeleke, said the prisoners were recently matriculated by NOUN.

At the ceremony, the vice chancellor of NOUN, Olufemi Peters, was said to have assured the prisoners of the university’s commitment to a seamless and peaceful study.

Represented by Segun Adenuga, the Director Abeokuta Study Center, Mr Peters charged the prisoners to be good ambassadors of NOUN in their conduct.

Earlier, the Controller General, NCoS, Haliru Nababa, reiterated NCoS mandate to reform and rehabilitate prisoners before reintegrating them back into the society.

Represented by the Abdurasheed Alimi, Controller of Corrections, Ogun state command, Mr Nababa told the prisoners to take advantage of NOUN to get an education.

Mr Nabana said the NCoS was involved in both academic and vocational skills acquisition programmes, as well as psychosocial support for prisoners.

He noted that over 3,000 inmates were currently undergoing various programmes with the NOUN and other higher institutions that were in partnership with NCoS.

This is the third matriculation at the custodial centre, under the auspices of NOUN, with the total number of prisoners at the Ibara custodial center studying various degree programmes at the open university now 61, including two masters degree students.