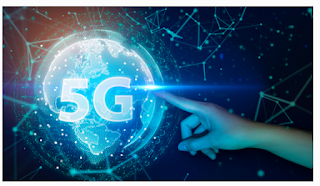 The Minister of Communications and Digital Economy, Isa Pantami, has urged telecommunications industry stakeholders to collaborate to deploy the Fifth Generation (5G) technology in the country.

Mr Pantami stated this in his keynote address on ‘Deploying 5G Networks in Nigeria: The Critical Role of Stakeholders‘ at the Stakeholders Engagement Forum on the Draft Information Memorandum on auction of 3.5Ghz Spectrum Band on Thursday in Lagos.

The minister said, among other mandates, the policy stipulated collaboration with relevant stakeholders and provision of the required spectrum and enabling environment to ensure the full deployment of 5G.

According to him, this will also catalyse the successful implementation of the country’s National Digital Economy Development and Strategy (NDEPS) for a Digital Nigeria.

‘’0n the implementation of the policy, NCC under the supervision of the Federal Ministry of Communications and Digital Economy, is saddled with the responsibility of developing strategies, standards, guidelines and frameworks for the deployment of the 5G networks nationwide,” stated Mr Pantami. ‘’Accordingly, to ensure a coordinated approach, the commission has been directed to not only collaborate with relevant agencies under the ministry but with all other relevant stakeholders in order to achieve the aims and objectives of the policy.”

He further stated that ‘’further to the above, the policy is designed and formulated” to achieve many other goals, including ensuring effective deployment of 5G to cover major urban areas by 2025.