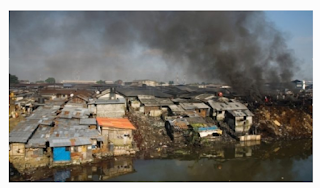 Coordinator of the task force, DSP Felix Nwadibeyi (retd.), who confirmed the incident, said that it occurred at Slaughter-Oginigba market, Trans Amadi in Obio/Apkor Local Government Area of Rivers.

He explained that members of the task force were at the area to enforce the ban when the hoodlums attacked them with stones, guns, machetes, and other dangerous weapons.

“I led the team to Trans Amadi, precisely Slaughter area, where lots of street trading were taking place. The traders, on sighting us, started throwing stones at us. As a result, my boys tried to resist them. We also had some armed policemen who shot in the air to scare them,” explained Mr Nwadibeyi. “Suddenly, they came after us with rifles, machetes and other weapons. This scared our boys who ran away from the scene.”

Mr Nwadibeyi further stated that three task force members, one policeman and two boys, were lying critically at a hospital, with their fate still hanging in the balance.