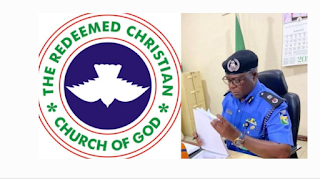 The Cross River police have arrested Felix Etim, said to be among the gang that kidnapped a pastor of the Redeemed Christian Church of God in Calabar, Sunday Adediran, and a teacher whose name was not mentioned.

Mr Adediran was kidnapped on November 13 at the Ikot Eneobong area in Calabar and regained his freedom on November 15.

The spokesperson for the Cross River police, Irene Ugbo, said on Tuesday that the suspect was in their custody.

“Etim belongs to a 30-man gang that has been terrorising residents of 8miles, Bacoco, Odukpani and Nasarawa areas in Calabar municipality.

“The suspect was arrested by operatives of the Anti-Kidnapping and Cultism Squad of the police in the early hours of Tuesday.

“Our men are on the trail of others involved in the kidnap of the pastor and the teacher.

“We have a big challenge, which is lack of vehicles. In spite of that, we are still making progress with the little we are given,” she said.

The spokesperson commended the efforts of the commander of the Anti-Kidnapping and Cultism Squad, Alhameed Awodi, and his team for their apt response.

Ms Ugbo, however, solicited the cooperation of members of the public in the area to share useful and timely information to help the police respond to cases of emergency on time.