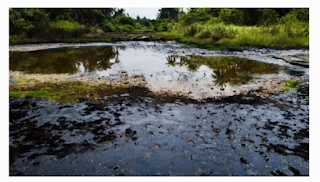 Nigerian President Muhammadu Buhari recently signed the Petroleum Industry Act to revitalise the country’s oil industry. Though many people cheered this decision given the bill’s long trip through the national assembly, which lasted more than ten years, it remains the subject of public controversy.

Though the Act establishes a legal, governance, regulatory, and fiscal framework for Nigeria’s petroleum industry, one of the most contentious problems was the distribution of funds to communities hosting petroleum assets and operations. According to the Act, these communities are now entitled to three per cent of the oil firms’ operational costs.

The Host Communities Trust Fund is required to handle this fund under Section 2 of the Act. Still, it should be noted that the percentage will never be sufficient to develop the region that bears the brunt of the oil industry’s operations!

In Nigeria’s oil-rich Niger-Delta region, many communities are underdeveloped. Thousands of litres of crude oil pass through these communities every day, but the inhabitants have yet to reap the benefits of crude oil’s contributions to Nigeria’s national coffers.

Oil spills have contaminated their land, rivers, and streams, leading to some losing their jobs. Marine life is at an all-time low, and flora there are rapidly disappearing. Those communities are strewn with abandoned projects. According to a forensic audit report of the Niger Delta Development Commission, more than 13,000 projects have been abandoned across the region.

The Act will soon be sent back to the national assembly based on a request by President Buhari, who is seeking an approval to increase the number of the non-executive board members of the Upstream Regulatory Commission and the Nigerian Midstream and Downstream Petroleum Regulatory Authority from two to six to represent the six geographical zones. The three per cent equity share for host communities is not listed in this request even as stakeholders in the region continue to clamour for a change.

The region’s development depends mainly on the management of funds and other resources, regardless of whether the government allocates three per cent, five per cent, or 10 per cent to these communities. The place of dialogue in this issue cannot be overemphasised. People must be made to feel valued and that their opinions matter, in addition to giving a percentage of their income to the development of these communities. They should be able to participate in policies and discussions that influence their lives and the development of their communities. This should not be left to a select group of regional stakeholders.

The Senate is currently considering encouraging multinational and Nigerian oil and gas companies to transfer their operational bases to host communities. If this bill is passed and implemented, it is possible that some of the issues that plague these communities will be resolved.

Oil-rich communities deserve better. They deserve good roads, quality healthcare, and other basic and social amenities, and as a new dawn for the Nigerian oil industry beckons, citizen participation and inclusive governance in oil-producing communities are necessary to ensure that the Niger-Delta region is well-positioned for development in opening up massive investment projects in the sector, and attracting much-needed investments!

Temitope Bademosi is a writing fellow at the African Liberty.