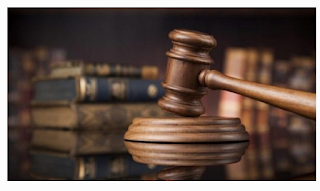 Two landlords, Chuks Okoye, 62, and Abubakar Lawal, 40, appeared before an Ojo Magistrates’ Court in Lagos on Monday for forcefully evicting their tenants.

The defendants are standing trial on a two-count charge of conspiracy and forceful eviction.

The prosecutor, Simeon Uche, told the court that the defendants resorted to “self-help” in evicting a tenant, Sunday Komolafe.

Mr Komolafe was residing with his family at No 5, Tedi Street, in the Ojo area of Lagos State.

Mr Uche told the court that the defendants forcefully packed the personal belongings of the complainant and his family out of the property without their consent.

The prosecution said the offence contravened Sections 340 and 412 of the Criminal Laws of Lagos State, 2015.

The magistrate, Ademola Adesanya, granted the defendants bail in the sum of N250,000 each with two sureties each in like sum.

He ruled that the sureties must provide evidence of tax clearance to the court’s registrar as part of the bail conditions.

Mr Adesanya adjourned the case until January 10, 2022, for mention.