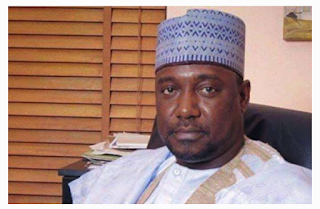 The Niger state government has demolished a house belonging to Mohammadu Umar, a prime suspect in the Monday abduction of two professors and their four family members at the University of Abuja.

Commissioner for Local Government and Chieftaincy Affairs, Emmanuel Umaru, said the building was located at Nakagbe in the Bosso local government area of the state.

The state government is accusing Mr Umar of using proceeds from kidnapping and other crimes to buy the house.

Currently in police custody, Mr Umar was one of those behind Monday’s kidnap of two professors and four of their family members at the University of Abuja.

The commissioner said the suspect’s confessional statement led to the rescue of the kidnap victims and members of their families.

He said the state government along with security agencies had already mapped out a comprehensive security strategy to flush out all criminals from the state.

“We will not allow kidnappers, bandits or any criminal to make our state a safe haven.

“We will give all the necessary support to the police and other security agencies in the ongoing fight against banditry, kidnapping and other crimes,” Mr Umaru said.