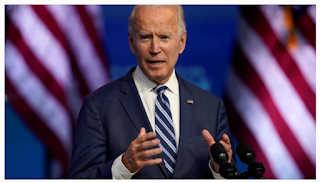 The Biden administration should reflect on its foreign policy and focus on promoting common development instead of competing with China, Washington Post has reported on Thursday.

In an opinion piece published last Thursday, the newspaper said the United States built “an open international system’’ that allowed all participants to thrive and prosper.

“That central achievement of American foreign policy to be sacrificed to gain some temporary tactical advantage against Beijing, it will be a mistake and a historic tragedy,’’ it said.

The report said when thinking about issues such as climate, pandemics, cyberwarfare and cybersecurity, it’s difficult to see how much can be achieved without collaboration between the U.S. and China.

“Coming as it did after years of strained relations between Washington and Beijing, it highlights the central dilemma for U.S. foreign policy going forward.