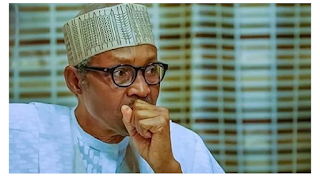 The Chairman, Senate Committee on Local and Foreign Debts, Clifford Ordia, has said his panel was not under pressure to approve the borrowing plans of the regime of the President, Major General Muhammadu Buhari (retd.).

Ordia gave the explanation in an interview with Sunday PUNCH following insinuations that the panel was being pressured to approve the borrowing plans despite the inability of some agencies to convincingly defend their proposals.

However, Ordia said his panel was scrutinising the documents before it and would submit its report as soon as possible.

He also said that heads of some federal ministries, departments and agencies which hitherto failed to appear before the committee had been coming to defend their borrowing proposals.

He said, “Some of the agencies have come to defend their borrowing plans before our committee but we are still expecting one or two. I think they will come and defend their submissions when we resume plenary.

“So far, we are making progress and very soon, we will come up with our findings. It is not true that we are under pressure to approve the borrowing plans of the President Buhari administration.

“The borrowing plans had been referred to our committee for the past three months; if we are under pressure, we would have submitted our report in less than one week of its referral. There is nothing like that (pressure) on the Senate.”

Buhari had, while presenting the 2022 budget before the joint chambers of the National Assembly in October, said his regime would finance the N6.26tn deficit contained in the fiscal document with N5trn which it proposed to borrow from local and foreign sources.

He acknowledged the fact that his government had exceeded the borrowing threshold approved by the Fiscal Responsibility Act but insisted that certain necessities had compelled it to borrow more.

Buhari had also admitted that Nigerians had genuine reasons to be concerned over the rate of borrowing but that his regime was doing everything to ensure its judicious utilisation in the best interest of Nigerians.

He had said, “We expect the total fiscal operations of the Federal Government to result in a deficit of N6.26trn.

“This represents 3.39 per cent of estimated Gross Domestic Product slightly above the 3 per cent threshold set by the Fiscal Responsibility Act 2007. Countries around the world have to, of necessity, overshoot their fiscal thresholds for their economies to survive and thrive.

“We need to exceed this threshold considering our collective desire to continue tackling the existential security challenges facing our country. We plan to finance the deficit mainly by new borrowings totalling N5.01trn.”