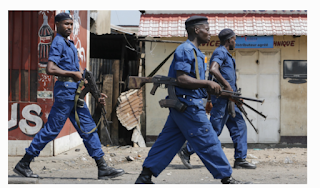 An inferno in Burundi Central Prison killed 38 people and injured 69 others, the Iwacu news outlet reported on Tuesday.

Staffers from the local office of the Red Cross and firefighters immediately arrived at the scene.

The roads leading to the prison were blocked by the police and the military.